Signs and How to get over an Emotionally Abusive Relationship

Are you in a relationship where you always feel scared, dejected, and not wanted whenever your partner is around, Does your partner make you believe that you own him your life? Then chances are that you’re in an emotionally abusive relationship.

One major outcome of every emotionally abused relationship is the feeling of low self-esteem and dependence. The abuser in the name of a relationship undermines his or her victim’s feelings of self-worth and independence. They make their victims feel that without them their partners will have nothing.

Emotional abuse generally has a negative effect on anyone that falls victim which is why it’s expedient you learn how to deal with it before it gets out of hand.

In this article, you’ll learn how to deal with emotional abuse. Also, you will get to understand its signs and some common examples of emotional abuse that show tell you that there is fire on the mountain once you notice them.

What is Emotionally Abusive Relationship?

An emotionally abused relationship is a situation or scenario whereby two people involved in a relationship have an integral breakdown by a critical understanding going on between them.

This critical understanding can be seen from one side of the two-part. However, an emotionally abusive relationship is the lack of mutual, cordial, as well as an unreciprocating feeling of love by a partner in a relationship.

According to verwellmind.com, Emotional abuse is a way to control another person by using emotions to criticize, embarrass, shame, blame, or otherwise manipulate another person.

In general, a relationship is emotionally abusive when there is a consistent pattern of abusive words and bullying behaviors that wear down a person’s self-esteem and undermine their mental health.

What are the Types of Emotional Abuse?

Emotional abuse either in arelationship or family comes in different ways. It can involve any of the following:

This comes with yelling, insulting, or swearing at you. Also, thoughts, ideas, and opinions can be rejected constantly.

This is another type of emotional abuse. Here you’re made to doubt your own feelings and thoughts, and even your sanity, by manipulating the truth.

Calling you names or telling you that you’re stupid, publicly embarrassing you, blaming you for everything. Public humiliation is also a form of social abuse.

limiting your freedom of movement, stopping you from contacting other people (such as friends or family).

It may also include stopping you from doing the things you normally do – social activities, sports, school, or work. Isolating someone overlaps with social abuse.

Can I be in a Relationship With an Emotionally Abused Person

You can have a healthy relationship with someone that has being abused in the past. All you have to do to understand the person and help the person get back on his feet.

Basically, one who was emotionally, physically, or verbally abused in the past has past experiences that are throwing a dark cloud on the present.

They can exhibit it by either shouting, taunting, calling their victims names, or even threatening them.

In such scenerio, you can help savage the situation by restricting communication with them.

On the flip side, you can help them out by doing the following:

Despite the fact that verbal and emotional violence does not cause physical harm, victims can suffer from deep internal wounds that take time to heal. Everyone’s healing process is unique, and attempting to speed it up could backfire.

Many victims of verbal and emotional violence have lost their sense of self because they have spent too much time attempting to fit into a mold created by their abuser.

Help them Rebuild their self esteem

Your partner’s self-esteem was most likely damaged by the verbal and emotional violence she endured.

You will be a positive influence in her life by highlighting all of her positive attributes and congratulating her on her achievements.

It may be difficult for her to believe in herself and accept your compliments at first. The more you keep giving positive feedback, the more likely you are to succeed.

Lend them a Voice

Abusers have complete power over their victims and make all of the decisions in the relationship. Being in a healthy relationship can feel very different and even awkward for your partner.

Make it clear to him that you value his opinion. Enable him to participate in the decision-making process as a couple.

Isolating their partner from friends and family is a common technique used by abusers. Encourage her to re-establish her connections with others.

Participating in an abuse survivor support group or speaking with a psychologist could help her work through her emotions.

If she has trouble trusting you, be polite. Remember that she should need additional confirmation that you really care for her.

Related Article: 15 Signs You Are Dating a Narcissist |Brutal Truth

Here are the signs of emotional abused relationship:

This is one of the signs of emotional abuse in a relationship. This happens when the love shared by each other begins to die off such that the friendly/mutual communication derail causing an inbalance status in the relationship.

At this point, the relationship is not on a stable track but deviates from its initial status.

This situation causes so many psychological problems as one partner is inflicted with pains, feeling uneasy, comfortable, and confused about what might be going wrong.

As such his/her emotions are hunted.

Exhibiting an unnecessary attitude is one of the signs of an emotional abusive relationship. This happens often when there is no mutual communication going on between partners.

It leads to one person exhibit some unwelcomed attitude such as too much nagging, snubbing, ignoring, and sometimes yell at his/her partner over little things making him/her feel so uneasy and at times so depressed.

This attitude could be as a resulting of wanting to elapse the relationship but in an indirect way of passing the. information.

Here, the patient (abusee) is abused emotionally and kept wondering how to solve the problem (trying to fix back the relationship to the early form).

Sometimes, he/she loses consciousness of him/herself and always feeling guilty over issues she is not the cause of.

#3. Lack of time and full attention

As such, the patient may be feeling frustrated and experience denial from his/her partner. If it’s on the part of a guy agent, he might start forming the attitude of late-night, picking offense over little/unnecessary issues, sometimes causing fuse and the passing threat of seeking a breakup, and so on.

Having bullied the partner mentally, emotionally, psychologically, and otherwise, he/she may form the spirit of not letting go nor trying to forgive his/her partner.

They began to create grudges on the partner of things that could be settled, making the partner feel bad all time.

This can eventually make the partner(patient) lose his/her mind, feel insecure and even lose him/her self.

#5. Feeling worthlessness, inferior and no self-value:

This is another sign of an emotionally abusive relationship. Oftentimes, it happens when you depend on your partner so much.

He literally and practically provides all your needs without you helping him out in any of his needs. This happens if the patient is always relying most time on his partner(agent).

Now, when the love is no longer there, abuse comes in. He makes you feel worthless, useless, or have an inferiority complex over yourself.

Now back to the topic of this discussion. “How to get over an emotionally abusive relationship“.

This is one of the signs of emotional abuse. Here your partner controls everything you do and some times trys to make you feel bad about yourself.

They try to know where you are all the time and insist that you respond to calls or texts immediately.

They achieves that by using any of the following;

By trying to neglect and isolate you, they tend to put their own emotional needs over yours. Sometimes, they try to bring disagreements between you and your true friends. They achieve this through any of the following:

Abusers who are insecure and afraid of losing out in a relationship often use is tactic. They want to always be in charge and on top.

How to Deal With Emotionally Abusive Relationship

You can fight emotional abuse by letting go of the relationship.

Here are ways to get rid of or get over an emotionally abusive relationship:

#1. Recognition of oneself in such a relationship

There is a situation whereby people are victimized or abused emotionally yet because of the love they feel for their partner, they are unable to recognize that they are abused.

However, these people gather all their pains in their hearts, always forcing smiles and pretending that nothing is happening but then in their secret abode, the pass-through hell, crying all night.

The truth is until you recognize the situation you’re into, you cannot get rid of the emotionally abused relationship.

#2. Building of the mind

After recognizing oneself, try building up your mind by having to overlook some unwelcomed attitude and not let that get to you.

In no condition should you give yourself out to your partner to deduce you or make you feel inferior even though he/she takes care of most of your needs? You need to build your self-value, self-love, and self-worth.

You need to learn how to make pragmatic decisions for yourself to avoid getting or being hurt.

If you realize that you are no longer feeling comfortable in such a relationship, please do well to let go. Walkout if it is being too Helly for you.

Nothing is more precious than being in a happy and comfortable relationship and not abused emotionally.

Bonus: What is Codependence Relationship?

What are the Signs of Codependence Relationship?

Here are things that shows you’re in a codependence relationship:

15 Best Excuses to get out of a Date

30+ Heart-melting Valentine Gifts for Your Partner |2021

BBroken Relationship
Breakups can be very terrible because it comes with lots of complications and heartbreak. Whether it is a… 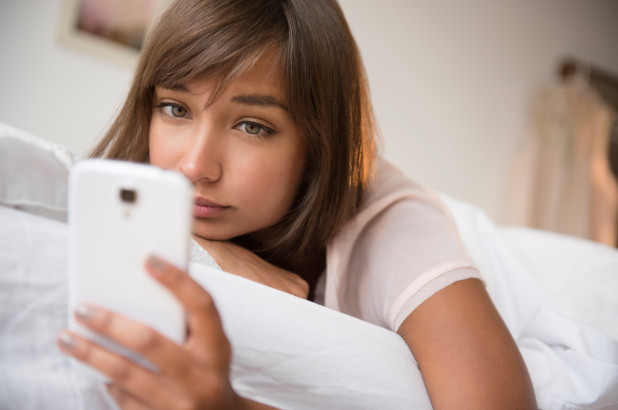 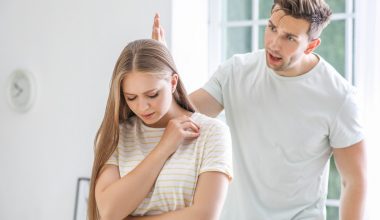 Read More
BBroken Relationship
Falling in love with someone is a magnificently wondrous feeling. Once you’re in love, you won’t stop talking… 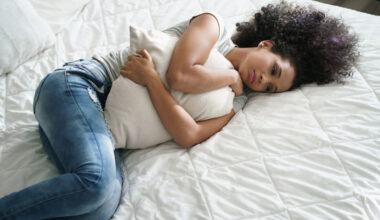 Read More
BBroken Relationship
Have you ever felt something serious for someone who doesn’t know that you’re on this earth planet? Have… 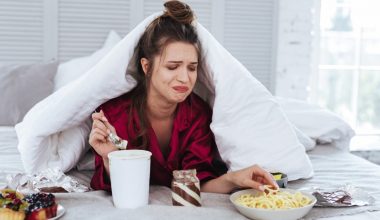 Read More
BBroken Relationship
When someone hurts you, cry a river, build a bridge, and get over it. Easy said than done!… 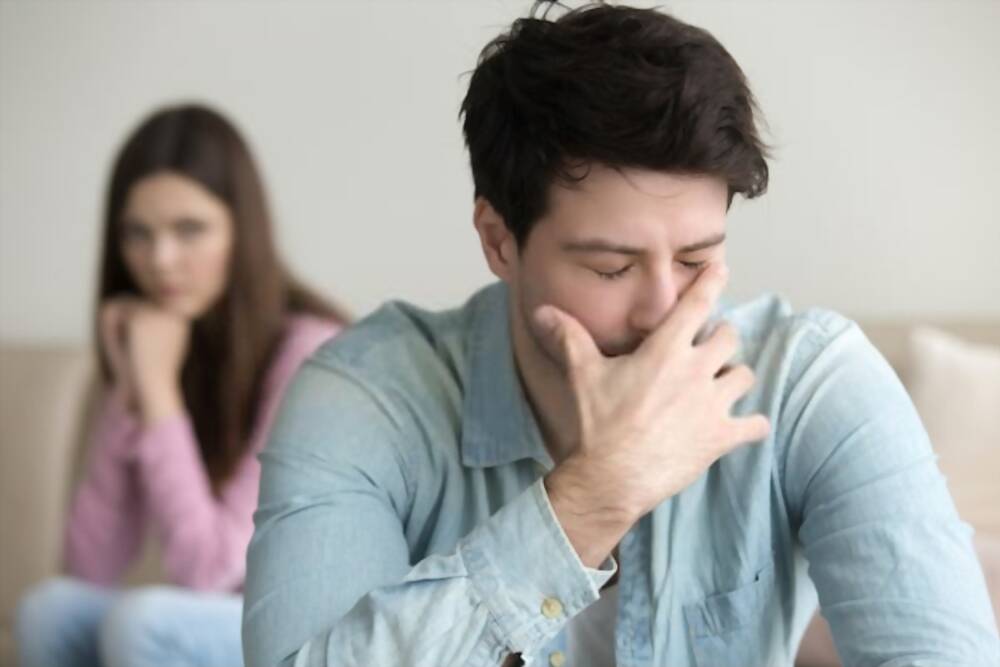