Relationshipties Dating 10 Romantic Ways to Propose to Your Partner
DDating

The most romantic proposals are just the best ways to propose. Mapping out a perfect plan or the best proposal ideas for a romantic proposal to your girlfriend could pose a difficult task to do. And at some point, it can be a major pressure builder.

Everyone loves to see newly engaged couples all happy and dancing around but forgetting that one thing to get right first is employing the best ways to propose.

Most young women already have a picture of the best proposal ideas and how their ideal marriage proposal would be, right from childhood to the point they get engaged.

Meanwhile, a few others show zero interest in being treated like a princess and would gladly accept whatever proposal pattern you come up with. So it is essential you know what your girlfriend loves and how to go about planning your proposal to her.

So right here, we would be discussing some best proposal ideas in this article. Just relax and read. These are some romantic ways to propose to your partner. And hopefully, you’d pick a thing or two that suits her taste.

But one thing should be clear here, this proposal is all about the bride. You shouldn’t get carried away with the fantasies of showing her off to the public when she finds it annoying.

So, let’s look at some of the best proposal ideas you could try when planning to propose to your better half.

One of the best ways to propose is during a romantic dinner. Sometimes keeping it simple might just be the best you never expected. Many proposals take place over dinner while putting into consideration the dim lights which give you the feel of a romantic setting and the great meals that come during dinner time in most restaurants.

This wouldn’t just be about eating a good meal. Rather, take that step to stun your girl by combining your options. You can try out some of these suggestions below:

For these options above, you should go for them in a secluded part of the restaurant. Mind you, it is not compulsory to go down on one knee but you can calmly and lovingly ask her to marry you while sitting. This also depends on the kind of person she is and what she expects from you.

The most romantic proposals could also be done at your partner’s favorite place. During the early stages of your relationship with your partner, you might have noticed one or two places that she always wants to go back to whenever you guys visit them. Watch out!

Those are some of her favorite places. It could be the top of the mountain where she goes hiking, a favorite rooftop, a hotel, etc. Anywhere that you could give her that special feeling to accept a proposal, that is where you should shoot it.

Incorporating her hobbies is one of the ways to go when thinking of the best proposal ideas to choose from. As a gentleman, you should watch out for those hobbies your woman loves and even think of a way to fix your proposals into them.

Take for instance a horse ride. You could hop on a horse with her along the countryside. And just when you are about slowing down the ride, help her down the horse and get on your knees with the ring.

Boldly confess your undying love for her and your intentions to make her your all. This tip here is one of the best ways to propose. You could try it out without hesitation.

If your girlfriend is the outdoor type, you could try proposing to her by the lake, parks, mountains, or reserved forests as they make great natural backgrounds for proposals.

You could also decide to choose times where those public places are not crowded with people to avoid making the whole proposal uncomfortable to her.

Ever heard of cases where people propose on a yacht? Hence, one of the most romantic proposals you could try. Well no matter what the background would look like, just be careful not to lose the ring or let it go over the cliff or fall into the bottom of an ocean.

5. Try spelling it out

If you’re still contemplating the best ways to propose, then spelling it out wouldn’t be a bad idea. Explore your creative parts and make your proposal stand out from the rest you see. It could be writing with chalk on the wall, paying an artist to draw your heart intentions on the wall, etc.

As long as this is visual and your girl is a creative person too, then she might appreciate the efforts you put in. Visuals are memories that are hardly forgotten because of the pictures it imprints in a person’s mind so don’t overthink it, you are doing the right thing.

Check these romantic things you can do for a guy

It’s not such a bad idea to involve her family or close friends. Somehow, it even goes a long way in proposing easier on your end especially when they opt to help you out in some of the preparations.

Friends can help lure your girlfriend to the perfect spot and just at the right time. You might be trying to be extra careful on not blowing the whole thing or making it too public against her wishes.

But, if your girl is a family-oriented person and you think she’d love to accept your proposal in front of her loved ones, then this is part of the best proposal ideas to hop on.

It also shows that you appreciate people that are dear to her and would love to continue to maintain a good relationship with them. Hence, involving family and friends is also one of the most romantic proposals.

Public proposals are so rampant these days that you even see them on television and in movies too.

Stories have been told on how most ladies felt embarrassed and walked away from their boyfriends in public places due to nervousness.

Meanwhile, some say they’ve witnessed ladies slap men who tried getting on their knees to propose.

Now the question here is this, do you think it’s right to propose to a lady in a public place? Don’t you think it mounts unnecessary pressure on her to say “yes” even when she doesn’t mean it?

Although the majority of women don’t like public romance, making sure that your girlfriend is comfortable with public displays would go a long way in saving you issues you can’t handle.

If she is the type that covers her face when she sees these kinds of things being done to others, then she is certainly not that type. But in a case she says, “Awwn” or “how cute” then she might as well love it in public.

To be double sure, you can try asking one of her friends or sisters. They should know instantly whether she would like the idea. If you are not 100% sure about this though, please don’t risk it!

You must note that notwithstanding the risks involved in public marriage proposals, it remains one of the best proposal ideas one could come up with. It’s an aged practice that has been in existence for years too.

Also read: Interesting things to talk about with your crush

You’ve probably seen movies where a girl walks into the house to meet an adorned environment filled with candles, flowers, balloons, and of course, the four magic words hanging in a special golden balloon on the ceilings.

This form of proposal is an intimate and one of the most romantic proposals, one which could end up turning the whole evening into a dinner and champagne proposal. This tells your partner how special and amazing she is to you.

However, the idea here saves men a whole lot of stress of not having to think who would embarrass them in public or not and, even the scorching eyes from passers-by.

See also: What is having sex with your best friend like?

Getaways are not considered in this part of the world, especially with the whole busy work schedules, projects to be completed, etc.

A marriage proposal to your call is one way to explore that opportunity and have fun like never before. In essence, you could plan a getaway with your partner and make some arrangements with the hotel behind her back for flowers and all that romantic stuff.

Afterward let her go in first and just before she turns around to express her excitement, pull out the ring and get on your knees. This kind of proposal would leave her thrilled! No doubt, it has been one of the best, most romantic proposals of all time.

10. A sweet and simple proposal

Have you come across the Simpsons episode where Homer sends Mr. Burns a box of chocolates with a picture of the family underneath?

Well, you could incorporate this same idea. Hide the message in her desert. Put in a place where these three words “please marry me” are not hidden under the fruit and chocolate.

To be double sure of this, beckon on the chefs to spell out the words on a separate plate. And in case you decide to put the ring inside, make sure it is visible in a way that she wouldn’t swallow the ring and mess up the whole plan. This isn’t romantic and you know it!

This way of proposing to your girlfriend is a particularly lovely idea if she’s a bit more private and just wants a special moment between you two without lots of attention.

Having talked about the best proposal ideas and the best ways to propose, you sure can make the most romantic proposals using any of the above ideas.

But no matter the idea you have decided to go with, it is strongly recommended that you still keep it very simple and romantic.

It doesn’t matter if a proposal is top-notch or one of a kind because the bigger they get, the bigger there is a possibility of creating more risks. Work with moments that would suit your fiance-to-be as she is the essence of the whole proposal.

In all, she would love and appreciate the efforts you put in to make sure everything went on smoothly. Good luck with that proposal buddy!

Why Do People Love Hate Relationship

10 Tips on How I Can be More Attractive 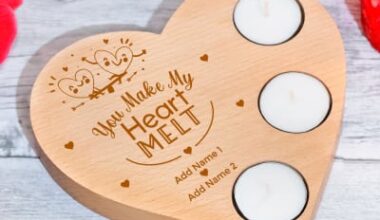 Read More
DDating
It is few days to Valentine’s Day. Though last year pandemic and other challenges this new year came… 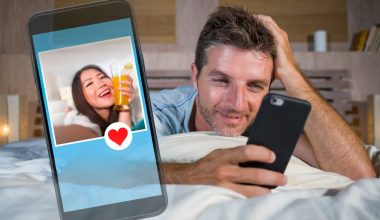 Read More
DDating
Sweetie, mastering the art of the 15-minute orgasm isn’t easy. So, I prepared this thread to help you… 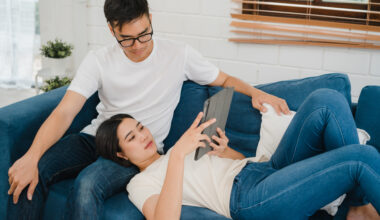 Read More
MMarriage
What Should I Do When a Married Man is in Love with Me? Hmmm….. This is one common… 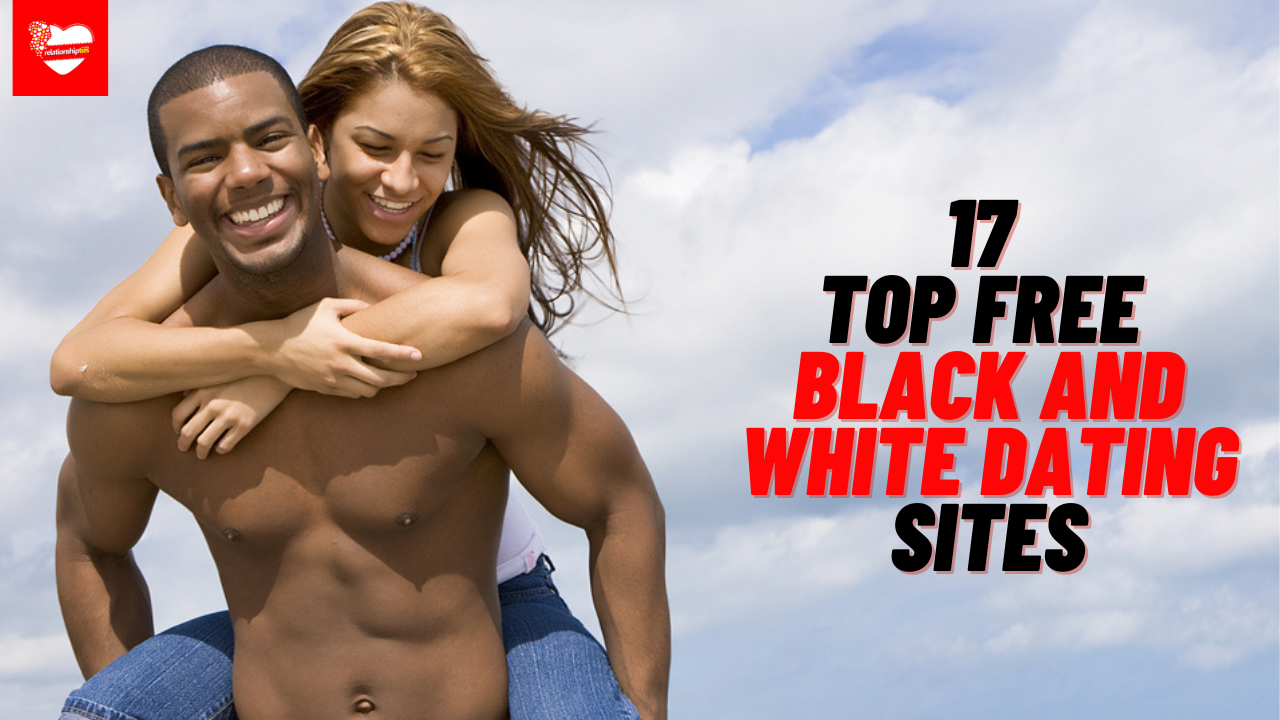 Read More
DDating
In this day and age, many people want to hookup, date, and build relationships with people of different…